David Mertz: An introduction to Generative Adversarial Networks with PyTorch

An introduction to Generative Adversarial Networks with PyTorch

A GAN (Generative Adversarial Network) is a recent and powerful idea in design of neural networks. While a GAN is technically a form of unsupervised learning, it cleverly captures much of the power of supervised learning models. These models seem to have been used most widely in image generation contexts, but there is no reason they cannot be applied equally to other domains. When applied to images, GAN's often produce "surreal" and sometimes disturbing resemblances to real images.
It takes just a few lines of PyTorch code to create the "dueling networks" that make up a GAN, and this talk walks attendees through that. 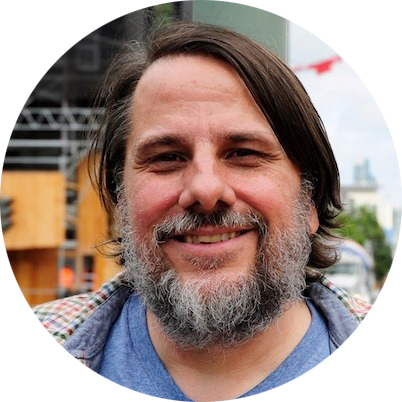 David was a Director of the PSF for six years, and remains co-chair of its Trademarks Committee, its Python-Cuba working group, and of the Scientific Python Working Group.
He wrote the columns, _Charming Python_ and _XML Matters_ for IBM developerWorks, short books for O'Reilly, and the Addison-Wesley book _Text Processing in Python_, has spoken at multiple OSCon's, PyCon's, and at AnacondaCon, and was invited keynote speaker at PyCon-India, PyCon-UK, PyCon-ZA, PyCon Belarus, PyCon Cuba, and PyData SF.
David created the data science training program for Anaconda Inc. and was a senior trainer for them. Before that, he worked for 8 years with the folks (D. E. Shaw Research) who have built the world's fastest, highly-specialized (down to the ASICs and network layer), supercomputer for performing molecular dynamics. Nowadays he is a mostly a data scientist, and teaches our robot overlords to be master tailors.
He is pleased to find Python has become the default high-level language for most scientificcomputing projects.