Description
Future Pythonic Web: ASGI & Daphne
Dmitry Nazarov will speak about the future of the Pythonic Web: ASGI & Daphne
The web evolves. There is an increasing demand for asynchronous programming. More and more protocols that do not follow the pattern of HTTP-style request/response cycle (most notably, WebSocket). There are brand-new concepts. Gladly, so evolves Python to answer the call.
In this speech we will examine the part of it that deserves your very attention: ASGI (Asynchronous Server Gateway Interface, the spec that is currently in-progress, but is now mostly complete) and Daphne (ASGI server).
We'll go through the stuff you're already familiar with: website on templates, REST API, WebSocket/HTTP/2. We'll see how it feels in action on Django/Flask cases. We'll also discuss distribution matters (e.g. Docker) and other nuances. 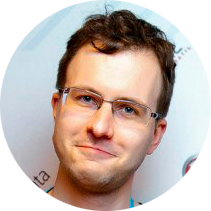